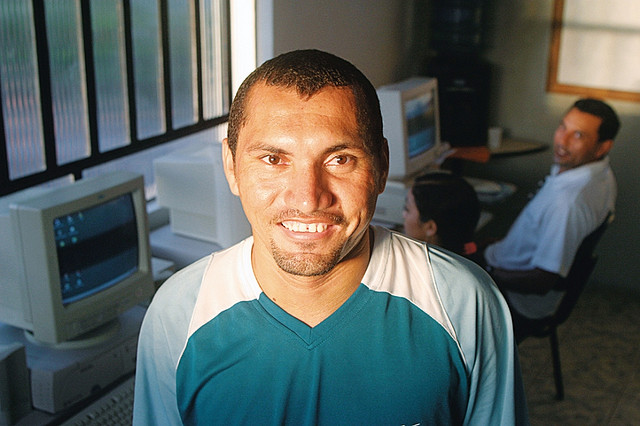 Digital inclusion is a topic really close to our heart at Gift Brazil. We believe that our project is not just about helping artisans to sell their products to the world, it also helps these people in remote locations to learn about the value that the Internet can introduce into their life.

These people can enter the digitally included society with our help, but there are some strange things taking place in the digital world in Brazil at present. On Wednesday this week, the President of Brazil, Dilma Rousseff, signed a new bill into law that guarantees online privacy and equal access rights for Brazilian Internet users.

Called the Marco Civil da Internet, (also known  as the country’s “Internet Constitution”) this bill goes further, but is effectively a bill of rights for the public, setting out the way Internet Service Providers must behave and explicitly addressing questions around spying – this is a law that has been created in the post-Snowden era after all.

But as the President signed the new bill into law in front of a cheering audience at the Net Mundial conference in São Paulo, something else was taking place nearby. Every single digital inclusion centre in São Paulo has been closed because of a dispute with the contractor hired to support the facilities.

These digital inclusion centres offered free access to computers, printers, and the Internet. They have been a phenomenal success and ensure that people from any background and with any income level can always access the Internet, even in remote rural parts of the state.

The state authorities have suggested that there was a tax irregularity with one of the contractors supporting the centres and rather than work out the situation by a specific deadline they chose to just close every centre until the irregularities are resolved. Surely, the state has either the internal resources to keep the centres going or the ability to divert funds from this contractor to a major IT company – São Paulo has many technology experts from the private sector, including IBM, HP, and CapGemini and all the local firms such as CI&T.

But regardless of what they should be doing, what is the bigger picture? Does the provision of free computing centres really promote digital inclusion or does it just create the impression that people will use the technology if it is available to them?

In our experience touring Brazil there is clearly an entire section of society that time has forgotten. They don’t use the web or email or social networks. In fact they generally don’t use computers, iPods, iPhones, DVDs, or anything that might be considered to be non-essential to the process of just getting up in the morning, working, then eating and sleeping again.

· How do you promote digital inclusion to a section of society that is not interested in being included?

· What kind of application or purpose might suddenly trigger a desire to be included in the digital revolution?

· Is the current method of providing drop-in centres becoming dated, as most digitally literate people are now using the mobile Internet, not sitting down at a PC and staring at a browser?

Here is a pragmatic observation. When the IBM PC was launched, it wasn’t an instant success. It took Bill Gates and Microsoft to launch a simple operating system and then once companies such as Lotus built tools like 1-2-3 the PC became a valuable business tool – everyone could see why they needed one on their desk.

The same push and pull is required to promote digital inclusion. The Brazilian government could follow the model seen in countries such as the UK, where government services, such as paying taxes or applying for licenses, have become easier and cheaper online.

But even this approach will not work for those who feel they have no need for the Internet at all. This is where our own work has been so satisfying. Each time we visit a remote location on a mission to find new artisans, there is almost always a reluctance to engage with us when the artisan finds that they need to understand how email works so they can receive orders.

But time after time, very remote artisans have surprised us with their ingenuity and excitement to learn more about the Internet specifically because they can see that if they learn just a little, it can open their arms to the entire world. Even in the most remote places, there is always someone with access to email and they will offer their email access to help out an offline neighbour or work to help their neighbour get online and able to use a system like Gmail himself or herself.

We can see the effect of genuine digital inclusion every time we visit remote villages and in the near future our team will be in Acre, Amapá, and Pará – all far from the switched-on metropolitan elites in São Paulo and Rio de Janeiro.

The closure of the digital inclusion centres in São Paulo has been a tragedy for those people who were regular users or taking courses, but it could also be an opportunity for the state government to consider how the drivers to digital inclusion may have changed in the past few years.

Why not take a look at the people who are finding that even in the most remote of places, the Internet can make a genuine positive improvement to their life? Ask these people how they could be included even further in the information revolution and we might be able to plan for a more digitally enabled future.