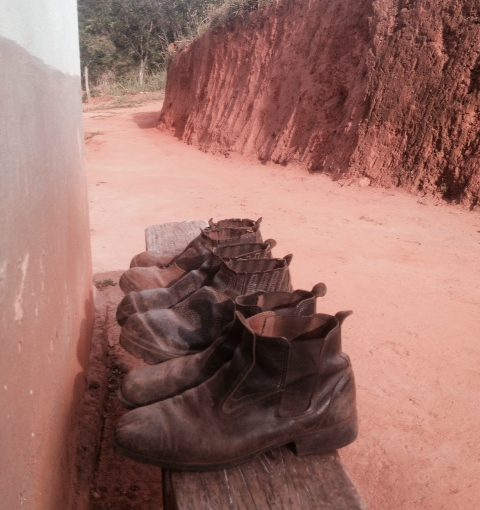 Brazil is a very unequal society. In big cities like São Paulo, it is possible to walk down a street filled with Chanel and Louis Vuitton shops that are more expensive than they are in Europe and then to turn a corner to find someone living in a shack built on the street.

The Gini coefficient is usually multiplied by one hundred so that it can be written as a percentage. So to give you an idea of the various scores, Denmark is the most equal society on earth with a Gini of 24. The United Kingdom gets 34, the United States 45, and Brazil is 54.7. Seychelles is the most unequal country in the world with a score of 65.8.

But what does this really mean? It’s one thing to see income inequality discussed by academics in university or economists in the World Bank, but what does it really look like?

The Gift Brazil team found out the answer to that question recently, when we went up to Minas Novas in Minas Gerais state. Minas Novas is about 1,100km from São Paulo, which is almost 700 miles. If you were walking 8 hours a day then it would take about a month to do the journey on foot – fortunately we had a car!

The artisans around Minas Novas are focused on clay pottery using locally gathered materials. We have some of their items on the site, but what was so exciting was their reaction when we talked to them about Gift Brazil and how it could give them access to an international market.

The city center of Minas Novas

The main outlet for artisans of the town and surrounding districts is a government-maintained store in the centre, but this is a small place without much to draw tourists, so sales are not high. The store does best when shop owners come and buy several items to then sell on in their own stores – there is not much passing trade with an interest in local craft.

When we bought one piece from the shop and talked to the artisan who made the item, we were shocked to hear that she had not sold any other piece since the Carnaval holiday back in February. The money we spent buying one single item was going to be enough to pay her electricity bill for the past month – preventing her from being disconnected.

Craft items made in Minas Novas, about to be fired in the kiln

While we were in the shop, one artisan invited us back to see their home and workplace – including the several kilns and storage rooms for new pottery. We didn’t expect the journey to be a 30km off-road odyssey into woodland.

Minas Novas may only be a small place, but for some of these remote artisans it is still considered to be the ‘big city’. Some of them live almost cut off from the outside world for several months, only venturing into the town to bring new products to the artisan shop.

The house and production area that we saw had only a single nod to modernity – electricity from a single cable that ran on posts through the woods. Sheep, goats, and a variety of vegetables allow the residents to be entirely self-sufficient.

The market for their pottery is very limited and this is the mission of Gift Brazil, to offer an international market to artisans who have no way to reach beyond their local town, and to help those with an interest in Brazil find genuine Brazilian craft from deep inside the country.

We will find many more examples of poverty on our 2014 tour of every state and it’s always very shocking to meet people who have almost no income at all. These people are not worried about the brand on their T-shirt, they just want to get food on the table and earn enough from their craft to pay the electricity bill.

These experiences highlight the importance of continuing to do what we are doing. When we are stuck in a very remote place with no Internet, no phone signal, and no roads, it’s good to know that our work is helping you to find some great examples of Brazilian craft and helping the artisans to just pay their bills.