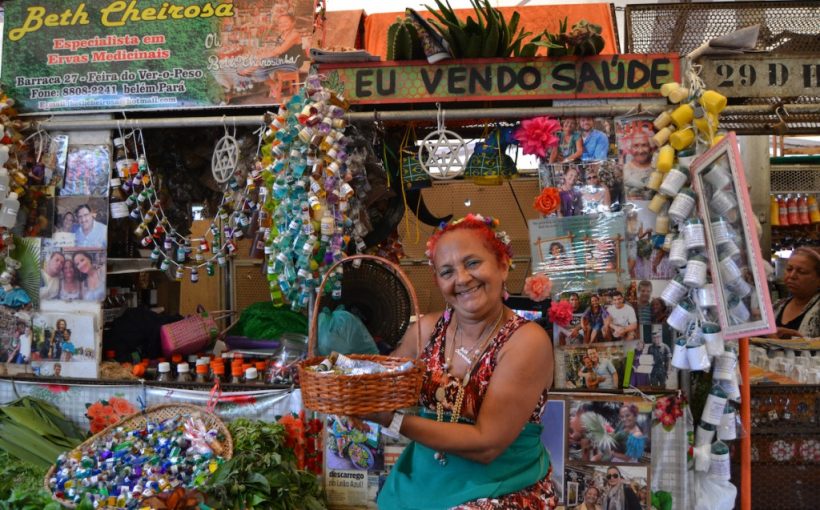 As part of our Brazil Craft Tour, where we will be visiting each of the 27 Brazilian states looking for representatives of authentic handmade creations of each location, I am visiting the northern state of Pará, the “Gateway to the Amazon.”

I had never been to this part of Brazil before, so I didn’t know what to expect other than the craft production hubs I had researched. But as soon as I got off the plane, it was clear that this was a completely different place to everywhere I had been to inside my own country.

First, the weather. While temperatures continue to plunge in my native São Paulo, in Pará there is no winter. This time of the year is actually referred to as summer, so the sun is blazing and the nature is lush, providing artisans with a whole world of materials to work with.

Nature is also the very basis basis of Pará cuisine, which does have indigenous culture as a major influence, but also carries Portuguese and African features. Leaves and native fruits from the Amazon rainforest, such as the manioc root and the açaí berry, plentiful in this part of Brazil and always served up as a side of shrimp, crab, duck and fish dishes.

People in Pará are friendly, gregarious, take great pride in their state and are also very religious. The Cirio de Nazaré in October is one of the largest Catholic pilgrimages in the planet and is bigger even than Christmas, with two million people attending from all parts of Brazil and overseas. Many manifestations of craft are directly linked to this massive religious event.

Because I didn’t have a lot of time there and this state is vast – Pará’s total is equivalent to Thailand, Cambodia, Laos and Vietnam combined – I planned to visit specific locations while I was there such as the state capital Belém, the ceramics hub of Icoaraci and the city of Abaetetuba.

I will definitely need to return but there is plenty to talk about this first craft hunting trip to Pará! In the next few posts, I will talk about the craft I have seen  and the crafters that will soon be featured in the Gift Brazil collective.