Brazil’s culture has been influenced by an array of other cultures such as Indians, Africans, Portuguese, Europeans, Middle Eastern and Asian settlers. Although, their marks on the culture can be seen through the plethora of fine art creations and markets that sells crafts in the markets in the country.

As history would have it, small handicrafts did not receive much recognition in Brazil, if anything they were commonly ignored by most people, regardless of their social ranks. Although, this has been changing in the last decade. These previously ignore handcrafts have been gaining popularity due to how it celebrates the culture locally while also solidifying traditions that were misplaced throughout the years form the generational lineage.

Moreover, artisans have been slowly gaining more significance in Brazilian culture. The new professional of creating these small handcrafts has been giving people, mainly women, a new source in income in a job that requires creativity as well as a motivation to create a business in the hopes of improving any financial issues, as well as securing the family’s future.
These small handcrafts do have one thing that makes them stand out. They are created in ways that follow the different traditions that were introduced in Brazil’s culture over the past decades. Which mean deposing on which region you visit you may be able to see how the small handcrafts and creations from the local artisan’s will vary.
Listed below are a few of the most commonly seen forms of handcrafts in Brazil. 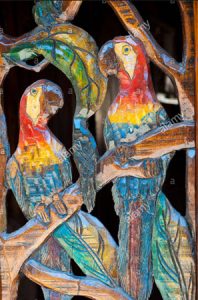 This form is most commonly seen in the northeastern parts of Brazil. It stems from a tradition which came from slaves from Africa. Although, woodcarvings also have roots from Portuguese Jesuits who created wooden cravings, as well as some painting=tings, which displayed religious figures as a form of praise. While the intent of woodcarving was to convert people into following a certain belief system, it has now become a respected art form which has been known to sell quickly when placed on the street side market.

Textiles are most commonly found in the north of Brazil, mainly in Ceará. This area is most known for the detailed and stunning lace creations which have been sold all across Brazil and other nearby locations. In addition, hammocks, as well as other weaved creations, are found and sold for households and personal usage. 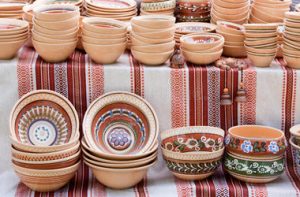 Ceramics has become popular in northeastern Brazil. This tradition started with the locals trying to find an easy to recreate religious figures in a way that will allow them to paint and design them to have their desired appearance. This form is mainly found in the region of Tracunhaém. Although, tourists will have a better time finding ceramics in Alto da Moura, which is famed for the variety of ceramic creations.

Baskets are commonly made in Amazônia, a region that is known for having a cesspool in the materials needed to create some of the most unique baskets in the country. In addition to baskets, hammocks, slings, and masks are created while using the same material that is found in the area. To find a diverse range of baskets, just visit different regions to see what the locals have created.