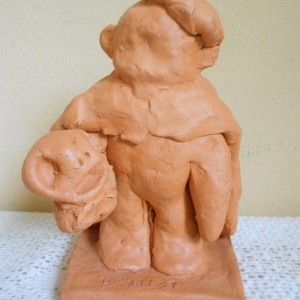 Spotting a collection of Shakespeare-inspired sculptures was an unusual find in the Casa dos Figureiros, an art workshop we visited recently the countryside city of Taubaté in the Brazilian state of São Paulo.

About a dozen sculptures of the main characters of Shakespearean plays were on display, however none of them had a price tag – only a small card mentioning they were produced at Instituto São Rafael, a Taubaté-based association created to provide social and economic opportunities to those with visual disabilities. 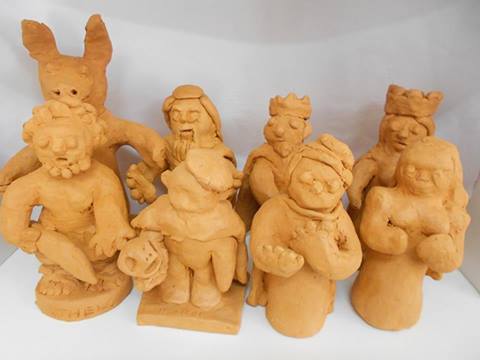 By talking to fine arts professor Décio de Carvalho, also an artist himself, we find that the sculptures – which include characters such as Macbeth and Lady Macbeth to Hamlet, Romeo and Juliet – were produced as part of Arte e Cegueira (Art and Blindness), a project he introduced at Instituto São Rafael.

A passionate reader of English and Irish playwrights, novelists and poets, Carvalho sought a theme that could bring his students’ emotions to the fore. But the work also carries a message to society.

“We wanted to do something that would challenge this all-too-common tendency to infantilize disabled people. They too face the same issues and have the same experiences as people without impairments around love, sex death, violence and so on – and all these themes are very prevalent in Shakespearean works,” Carvalho says.

The first sculptures made by the blind artists has been donated to the Accessibility department of the University of Campinas. Now, the teacher is  looking for ways to further promote  the work produced by his students, which include other characters based on literature classics such as Waiting for Godot, the absurdist play by Irish writer Samuel Beckett.

“We use blindness as a metaphor and a through-provoking element,” Carvalho points out. “In the pieces based on ‘Waiting for Godot’, for example, we allude to the nonsensical way in which the human existence is depicted, with the blind person as the creator.”

See all the sculptures made by blind artist Maury Campos for sale through Gift Brazil here.