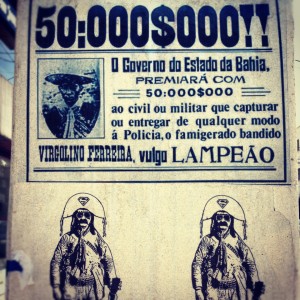 The Brazilian equivalent of Jesse James and fashion design may not seem immediately connected, but an artisan has reinvented some bandit classics to create shoes that are now desired by fashionistas worldwide.

Espedito Seleiro, a craftsman from the small town of Nova Olinda in the state of Ceará has the creation of multicolored leather shoes as his main source of income – all inspired in the shoes worn by Lampião, one of the most famous and feared gang leaders in the Brazilian northeast in the 1920s and 1930s. 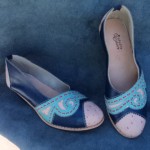 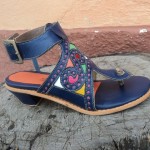 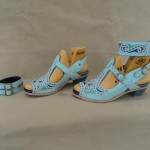 Lampião (“Oil Lamp” in Portuguese) was the nickname of Virgulino Ferreira da Silva, a cattle farmer and also an accomplished leathercraft artisan born in the backlands of the state of Pernambuco. Lampião became an outlaw after falling into a feud with other local families which resulted in his father being killed by the police – he sought vengeance and proved to be extremely violent in doing so. Allegedly, the bandit earned his nickname for being able to fire a lever-action rifle so fast, that at night it looked as though he was holding a lamp.

Lampião and his gang usually wore embellished outfits and hats, as well as handcrafted leather sandals. According to Seleiro the shoemaker, Lampião asked his father to make sandals with rectangular soles for him and his group – the idea was to confuse the police, always after the criminals.

Nowadays, the oddly-soled leather sandals are still a best seller at Seleiro’s shop. However, his experiments resulted in a diversified range and he has branched out into other creations, which have even been used in collections of various Brazilian designers including São Paulo-based street wear brand Cavalera and featured in exhibitions of craft-focused galleries and museums.

One would be forgiven for thinking that the fame in the fashion world has put Seleiro off making leather-based gear for the cowboys of the drylands – at almost 75, he carries on making saddles, boots and hats for workmen, but also a mesmerizing collection of vividly colorful shoes that could last a lifetime.